Well here I am again, I have secretly been writing a hilarious story  with a soft touch about a seven year old named Butt Crack Billy. The title pretty much sums up the main character. Below is the synopsis aka a run down of the story and the first two chapters. I hope you enjoy reading it as much as I have been writing it! Here it is!

A boy with a butt crack problem spliced with a personality mix up he can’t seem to get straight and a girl who loves to torment him. In BUTT CRACK BILLY seven year old Billy Boyd never knows which alter ego is coming or going. And he doesn’t seem to be as bothered about his buttcrack always hanging out as the rest of the world is. What’s the big deal anyways? Everyone has a buttcrack afterall.

A Birthday celebration had Billy knowing it was going to be one of those good days. Until Lily showed up that is, the girl forever branding him as Butt Crack Billy. The Volcano Boy’s and his butt crack struggle to keep tame when innocent people are on the line. If there was only a warning sign for this middle child with a peanut allergy. Wait there is, but he doesn’t know it. An itching sensation, a scratch and Billy is back? What? When a special treat enters the Periwinkle classroom with a hidden ingredient sending Billy into an instant attack. With his classmates and his teacher at his side everyone works together to help a friend in need.

Until Lily’s teasing antics hurl the Volcano Boy’s into a full eruption. A giant rumble silences the classroom and everyone turns to Farting Fredric, but it wasn’t him. Who could it have been? The thing is it wasn’t even Billy this time either… Billy and his alter egos finally align to do something they never thought they would do.

The icy ball of snow whacked him square in the face.

“Butt Crack Billy, Butt Crack Billy!” Lily chanted as she skipped by. Billy pulled up his britches the best he could. Her voice echoed throughout the play yard. Suddenly something switched in Billy’s head he couldn’t help it. His felt hot and bubbly inside.

“Volcano Boy!” The not so good guy shrieked as he huffed his dragon breath in the freezing air. He ran full speed towards Lily smashing her pretty face into a pile of snow. Suddenly he was halted by a wicked itch that could only be soothed by reaching inside of his britches and scratching. He shook his head and Billy had returned. There he stood in wonder, Billy’s head was one confusing place.

He looked up and there stood Lily with a tear running down her cheek, she quickly wiped it up before anyone had a chance to notice. Anyone that was except for Billy. A cold draft made him shiver and he felt bad for her.

Billy Boyd was a boy with a real problem, he had himself and two alter egos. There was Volcano Boy and no way to tell if it was going to be the good guy or the not so good guy. The thing was Volcano Boy would come and go as he pleased for this Billy’s head was one mixed up place. His butt crack was always bothering someone and with his personality mix up he couldn’t seem to get straight. How was a boy to know what to do? And what was the big deal anyways? Everyone has a butt crack after all.

Most of the kids in Billy’s Kindergarten class were five some were even turning six. Billy was seven it was his second year in the Periwinkle classroom. The second time around was much better anyways. The best part was being the biggest kid in the classroom, that part was awesome for Billy. He rather enjoyed towering over everyone it made him feel like a happy giant. The worst part of being a second time Periwinkle was Lily, he was stuck with her and her need to always point out the obvious. Before Lily decided to disrupt Billy’s day, he knew it was going to be one of those good days. Not only was it snowing outside, it was also a girl in Billy’s class’s Birthday. A girl with strawberry blonde curls.  A girl who was so sweet she gave Billy a weird kind of stomach ache. Plus a Birthday in Billy’s Periwinkle classroom usually meant there was going to be some sort of sweet treat. And boy did Billy ever love sweet treats!

Billy had a face like no one you ever meet. With dimples deeper than the grand canyon and dark brown freckles covering the bridge of his slightly crooked turned up nose. His front tooth and a chunk of his nose went missing at the age of five. When one afternoon Billy thought he could fly off of the second story partial wall in his kitchen. He stood high with his cape and goggles in tact. He looked back to his sister Violet.

“Ha…ha…Your butt crack is showing.” She poked fun at her little brother. Billy wiggled up his britches the best he could and he still bravely jumped. He actually flew for a couple of seconds. And then gravity kicked in and pummeled Billy down an entire flight of stairs. His front tooth flew higher than he did that day. And a giant blood bath soaked through his mother’s cream colored carpets.

His mother didn’t even yell at him that day and he wasn’t even in one ounce of trouble either. Because his nose was hanging off of his face that’s why. Nothing a long trip to the Emergency Room, piles and piles of gauze, and a million-gazillion stitches between Billy’s nose and upper lip couldn’t fix. Have you ever had stitches? They actually sew your face with a needle and thread, Billy thought it was awesomely painful. Plus Billy had a new awesome war wound that he could freak people out with and that was going to be fun.

What Billy didn’t know was before he fell his sister’s words changed something inside of his head. A flip switched, a light bulb turned on, a spark fused call it whatever you would like to. But he was different from that day on. Every time he heard teasing words Billy morphed into an alter ego Volcano Boy. Who could sometimes be a good guy and some times be a not so good guy. The bottom line was Volcano Boy wanted to protect innocent people from harm and mostly hurtful words. The strange thing was every time he had an itching sensation and scratched it, he was almost always morphed back into Billy. The stranger thing was he had no clue that’s what did the trick. 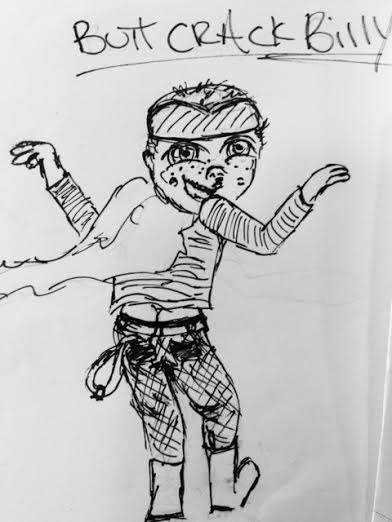 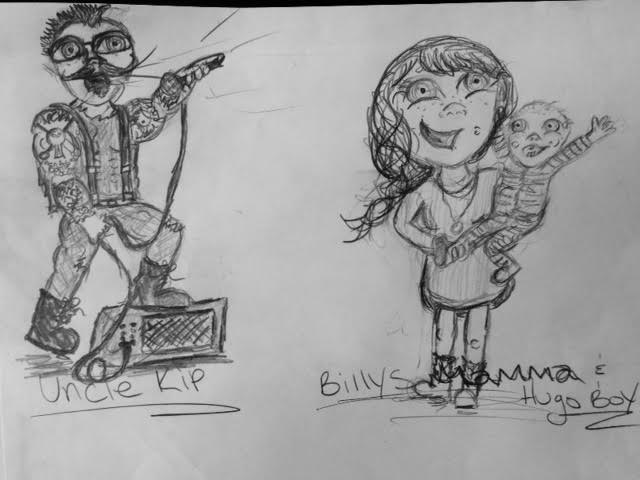 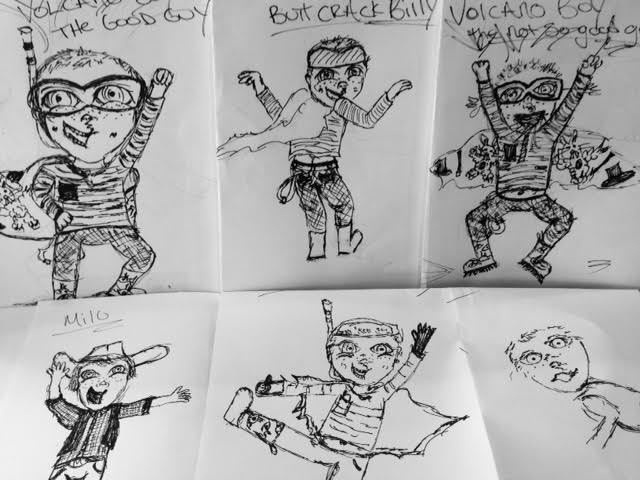 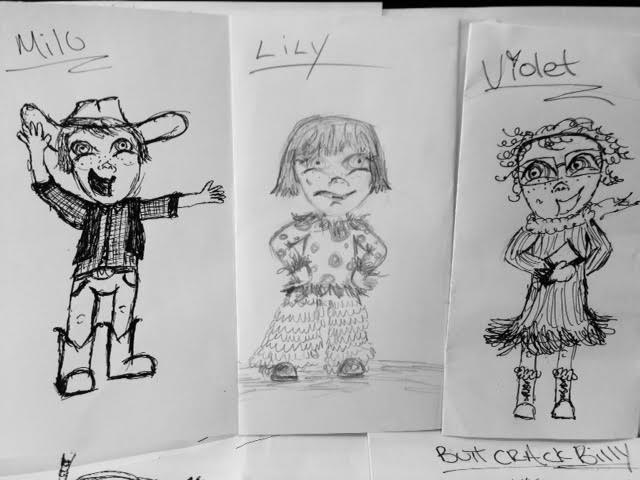 One thought on “BUTT CRACK BILLY”